Back to all posts

Irish singer has told how she will cherish the memory of performing the ring walk song for Michael Conlan’s homecoming fight in front of 8000 people in West Belfast.

Aoife Scott and her cousin Roisin O performed a spine-tingling rendition of Grace last Friday night at Falls Park, in Belfast ahead of the local fighter’s title bout.

Grace has been Conlan’s chosen song for his ring walk since his boxing professional debut in Madison Square Gardens in 2017.

But it was performed for the very first time live in front of 8,000 fight fans ahead of his WBA interim featherweight world title clash against TJ Doheny.

Commenting on their acapella rendition of the well-known and much-loved Irish ballad Aoife Scott added:

“For us to perform after such a long 18 months of no music and the impact that has had on musicians and the arts and support crew across the board, this night has given me renewed hope that we can all return to living, working and performing in a fuller capacity in the near future in a safe and productive way.”

“There’s nothing quite like hearing over 7,000 people singing along with you again.

“I hope to see the same happening for all musicians in Ireland in the coming weeks.” 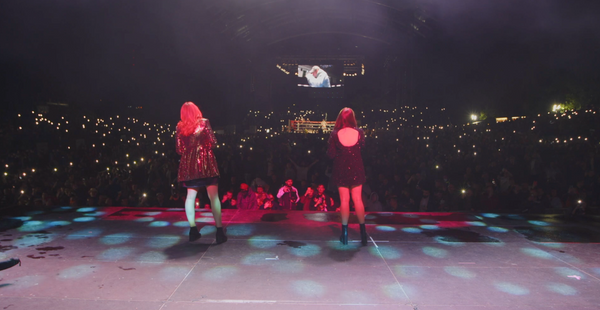